I’m getting sick of traveling.

Ok, not really, just the airports and their security measures. If I could take a train for all my travels, well, I’d never get sick of traveling! Meanwhile, I still managed to take the long flight across the pond to end up home once again (don’t think train travel will be happening with that one)! But before then, I got to spend some time in Mallorca – one of the islands of Spain.

My Rule #5 in traveling is that I’m only going on trips that are easy to plan – no more long trips from the airport to the city (unless its ridiculously cheap, beggars can’t be choosey and I’m unemployed ;-)) and Rule #4 is that I’m choosing places that are different, not the same old castles and cathedrals. Don’t get me wrong, I love castles and cathedrals but after seeing lots, they all blend in and usually, I enjoy their exterior architecture more than their dark interiors. 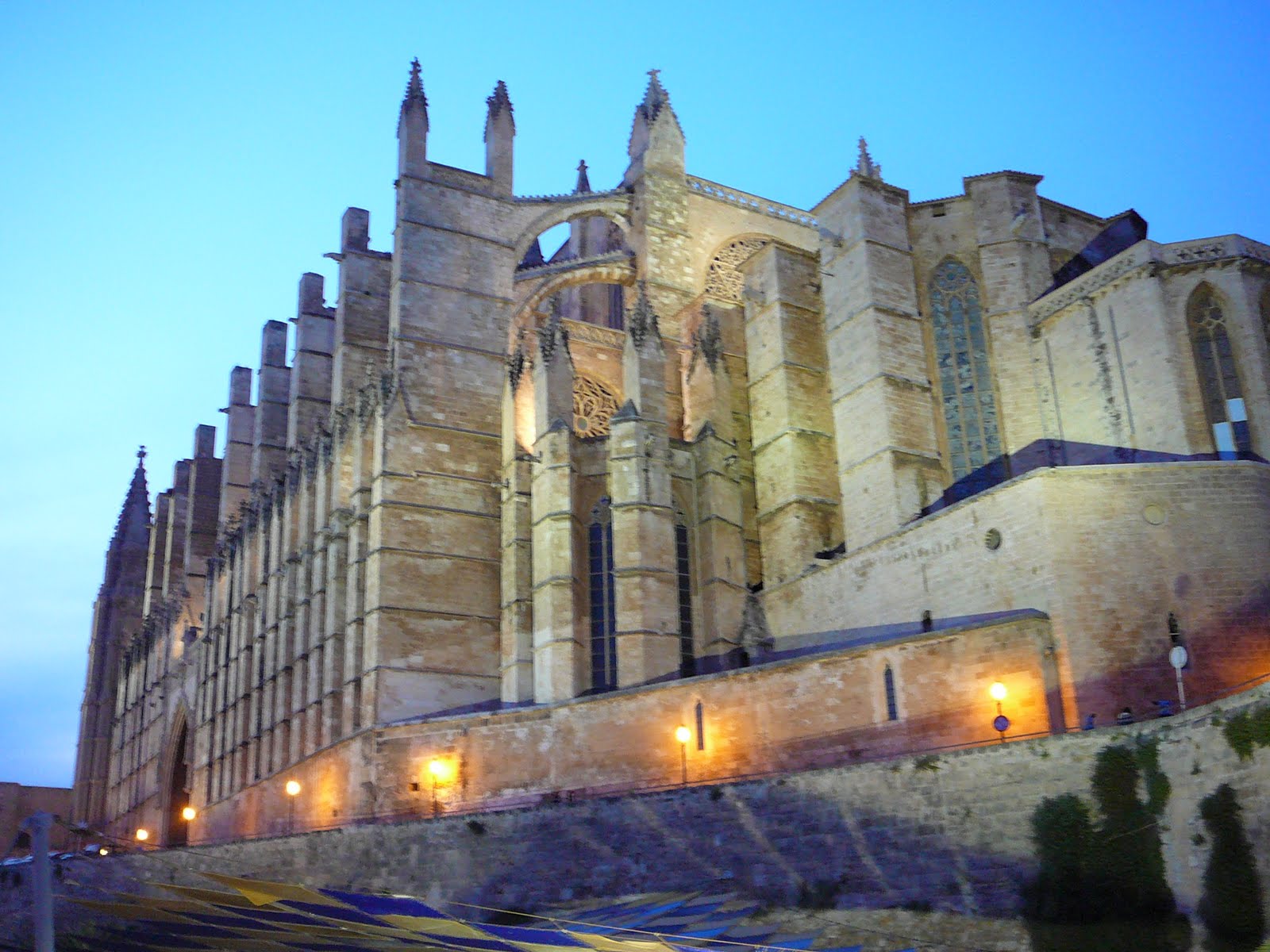 Hence, Palma de Mallorca – the capital of the island – an easy trip, within my budget and a bit exotic because it’s an island! I only saw one cathedral, where I went to mass on Sunday, and I had learned about it in my Cultural Images class which brings me to Rule #3 – knowing something about what you see makes it MUCH more interesting. Palma’s cathedral is a Gothic cathedral, but is very different from the majority of the peninsula’s Gothic cathedrals because its Mediterranean style.

We also spent two days on the beach – my second time at a beach in Europe and always a treat for an avid people watcher like me, with the large usage of speedos only by men over 60 and the topless women of all ages. I don’t know if I’m envious or repulsed by this absolutely non Protestant, non Anglo-Saxon acceptance of their bodies…Rule #2, gawk at something that makes you incredulous because it would NEVER happen where you’re from. 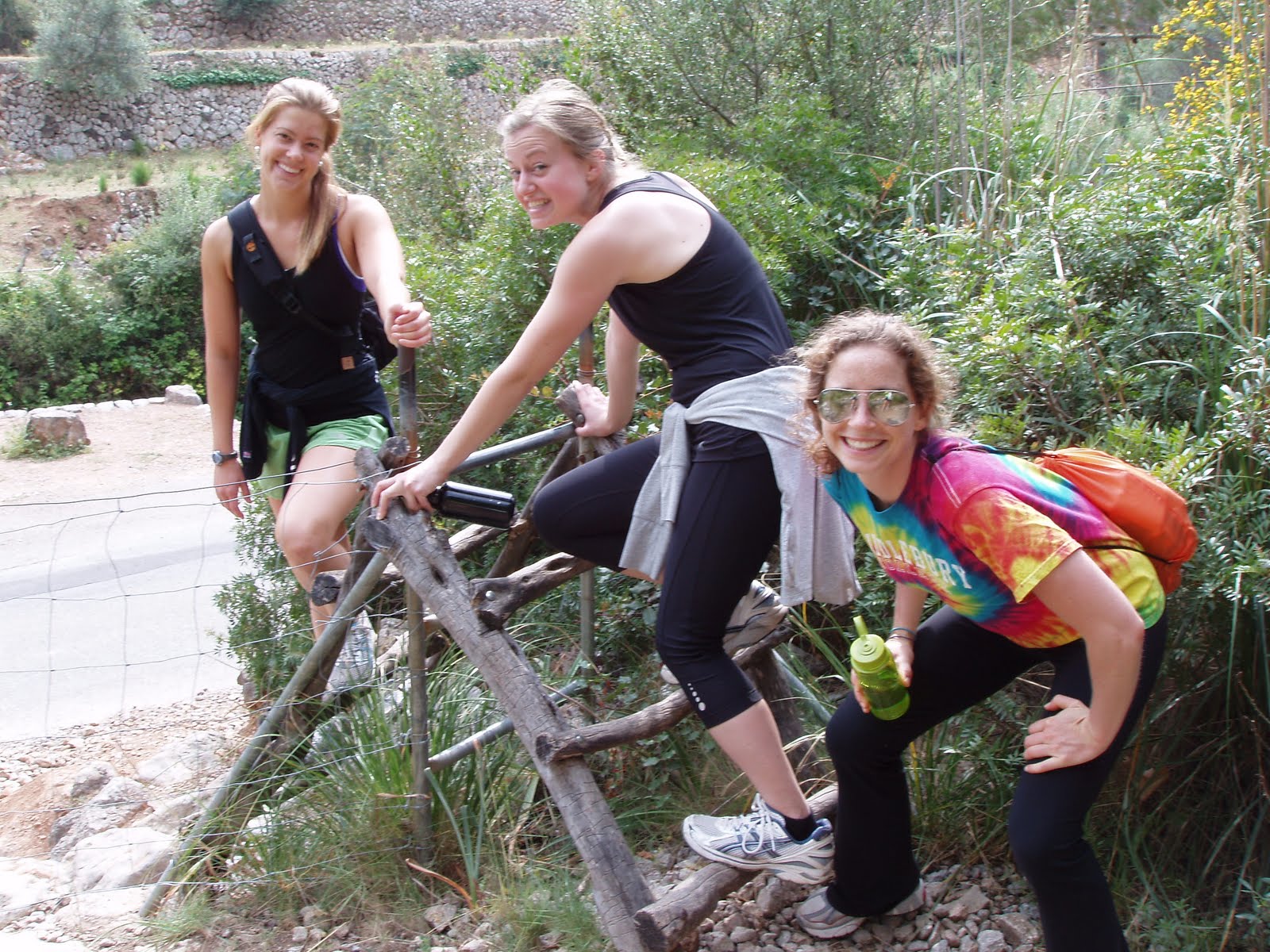 And now my new Rule #1 when I travel is to see nature, spend time in it, soak it up. I have come to realize that once again, cities are great, I’m totally a city girl, but they aren’t as magnificent as nature. Therefore, we headed out hiking one day from a small town, Soller to an even smaller one, Deià and saw olive trees and cool rocks and even huge mansions (lots of famous people, like Charley Sheen have vacation houses in Mallorca). And the city of Deià was adorable with little streets and old houses made of rocks – I’d rather own one of these houses than the mansions on the hiking route. At the end of the trail, we stopped for fresh lemonade – lemon trees were everywhere on the trail – and some olives and bread which I have to add as a last Rule, stopping at a café and resting is never wasted money in my book. 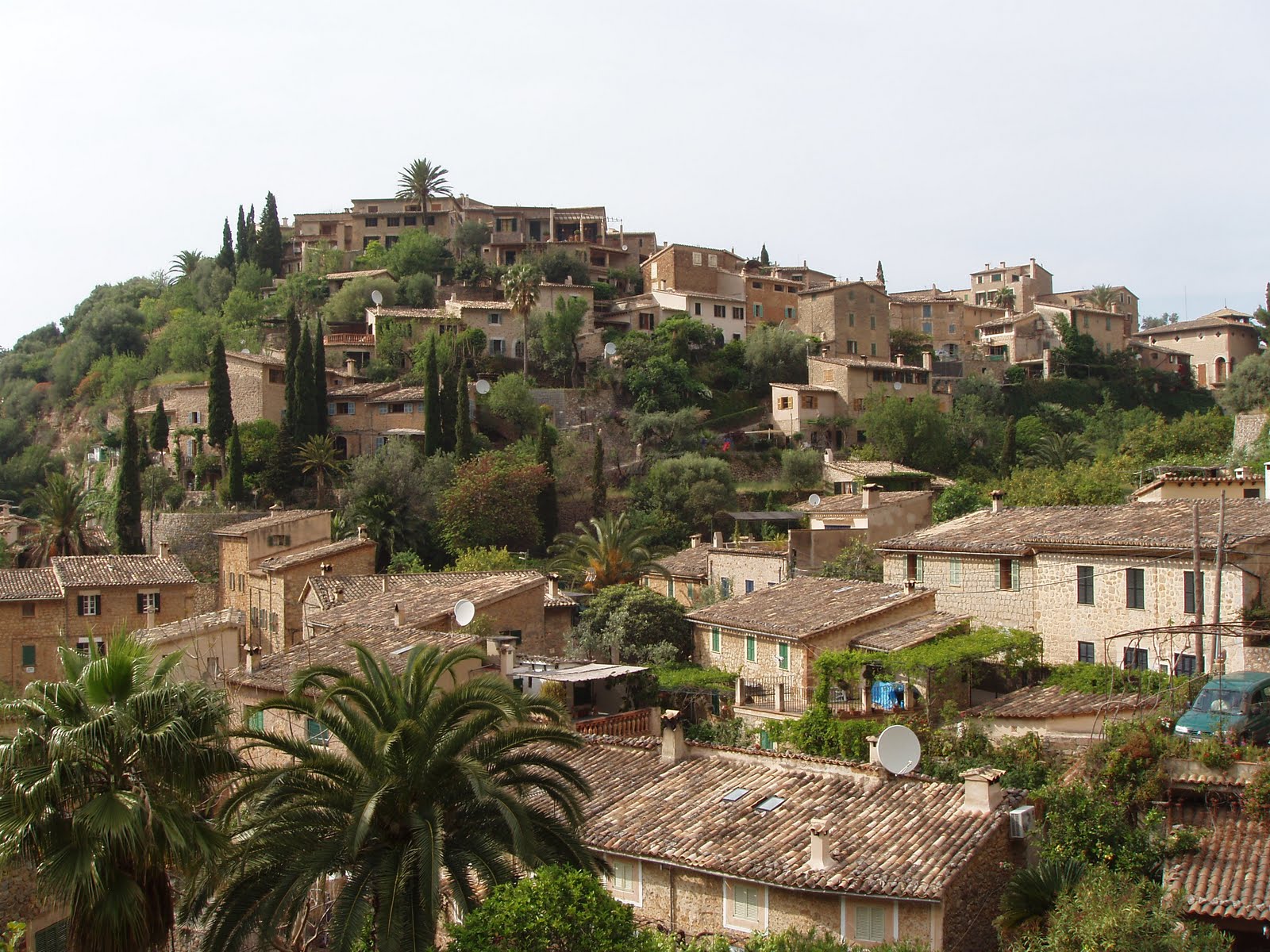 And maybe one more Rule, don’t see everything because then you have to go back.