I have never been so happy to leave France.
My last day in Paris before heading to the north of England with my friend Siân made me want to not return…unfortunately, I have a contract, and incidentally, I’m really happy to be back in my apartment here and seeing my friends again…needless to say, what I am about to recount to you will let you see the rough patch I went through with my love, France.
As Siân and I got to Paris on an early train from Nancy (below freezing weather and awakened by the first real snow of the year) we discovered that the Eurostar from Paris to London that we had booked about 2 months in advance in order to save money, was not running because 2,000 people got stuck in the tunnel early that morning and had to walk out on foot… 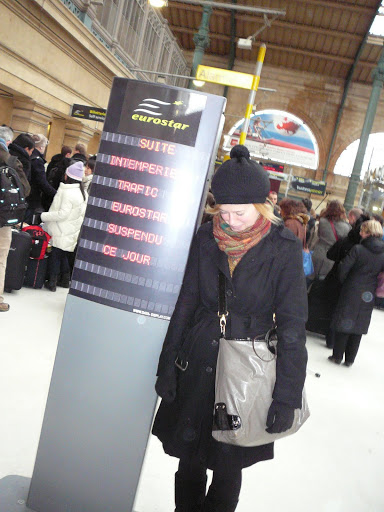 You can see my down troddenish above when we got to the train station and saw that all trains were canceled for the that day and the massive 3 hour line to return tickets, so we had to come up with a plan B which entailed buying a plain ticket about 4 hours before the flight left for Liverpool. Amazingly it all worked out and we arrived earlier than our scheduled train would have…unfortunately, EVERY Parisian we talked to was rude, unkind and spoke back to us in English as soon as they noticed our accents…hence why I was happy to arrive at Siân’s home and speak ENGLISH for the next two weeks!

This is probably what I loved the most and missed the most, sitting in the living room with the warmest coal fire and a cup of English Breakfast Tea…I have never drunk so much of it in my life…I think we had at least three cups a day – with milk, of course! 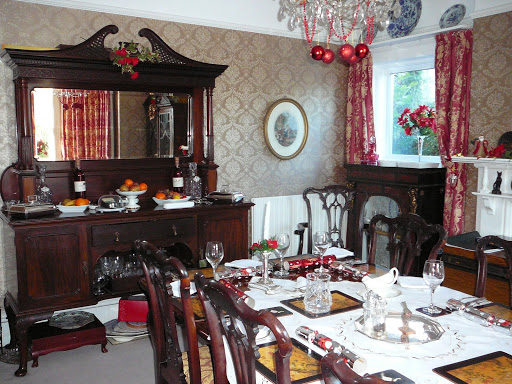 Christmas Day we spent at Siân’s grandma’s house and this is where we ate Christmas Dinner and is my favorite room in her amazing house. We had, of course, a roast dinner with a starter of carrot soup and then the fish course with prawn (that’s shrimp in British English) salad. Then we had turkey, roast potatoes and mashed potatoes, sprouts, parsnips, carrots, and sausages wrapped in bacon. I tried Christmas pudding (pudding is dessert in British English) and unfortunately not a fan, apparently not a lot of people are and then surprise of all surprises, we had a cup of tea afterwards.

So, my Christmas was excellent and I was able to talk to my family (everyone in differnet locations this year) via skype…what would I do without it…

Boxing Day, the 26th, we spent laying around the house and then had another big dinner made by Siân’s mom with Sea bass and all the fixings…I have not checked the scale since arriving home, nor do I intend to…

Some other exciting moments were going to Liverpool and seeing The Cavern, the pub where the Beatles played. 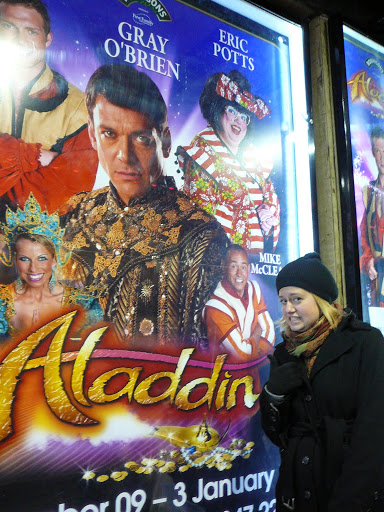 I also saw Aladdin, a Pantomine, which is apparently one of those things you have to grow up with in order to understand. It’s a slap-stick humor play that they always do around Christmas in England and it is distinctly British humor…it was an experience and one, I’m afraid, you’ll have to experience yourself because I can’t really describe it.

New Year’s we went to Birmingham, where Siân went to ‘uni’ (short for university aka college) and went out with some of her friends to a Rock club…I was intrigued by the choice of fashion by the English and their partying habits…enough said…so, now I’m glad to be back ‘home’ and have a bit of time until I have to start classes again!

Bonne Année and best wishes for 2010!