Oh, the randomness of life in Chile…

Where to start….travelling is one of the most exhilarating and yet weirdest feelings ever. I am struck all the time by the oddity of it all. Maybe I´m not making any sense here…I guess maybe I should show you some of the things I´ve been up to here in Chile and you´ll understand what I mean when I say that you NEVER know what´s going to happen here. Its like adventure finds you wherever you are, even if you don´t want it to…hahaha…c´est la vie… 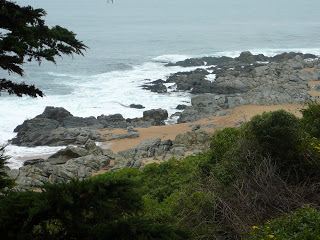 So, a couple weeks ago, I headed to Isla Negra, a small city south of Viña where there is absolutely nothing to see other than Pablo Neruda´s house. Pablo is the most famous Chilean poet. He won the Nobel Prize and he has houses all over Chile, one is in Valpo and I showed it here on one of my earlier posts. This is the beach in front of his house and its is really beautiful, its no wonder that this was his main house. 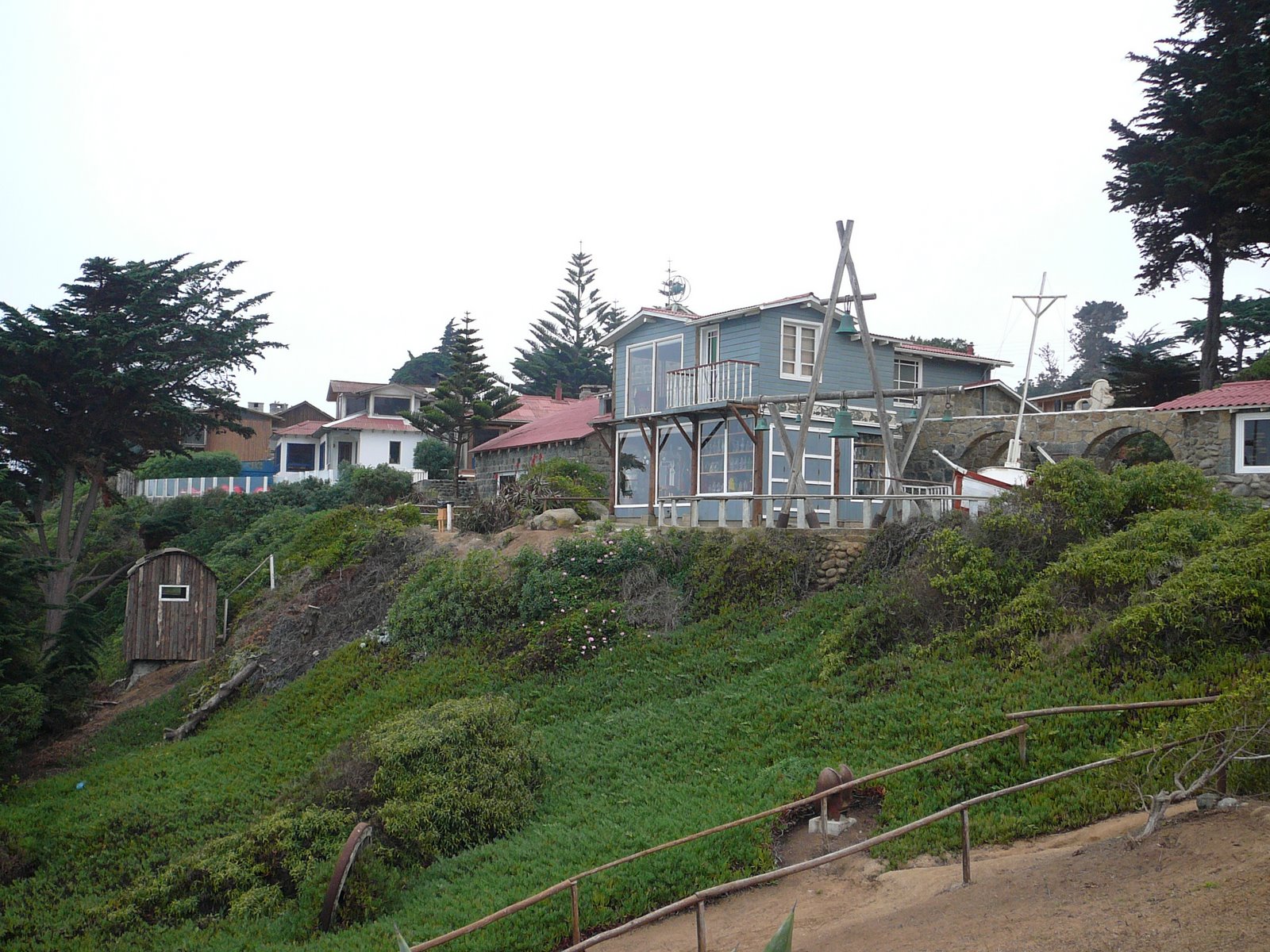 He´s the house from the front, and where I´m standing is the location of Pablo and his last and third wife´s grave. All of Pablo´s houses are really excentric. He was an avid traveller and therefore his house kind of resembles a museum. I wish I could have taken photos inside because there are some really interesting things. His living room is full of his collection of those statues that are always on the front of boats, there’s a large collection of shells and bugs and china from all over the world and really anything you can think of is there. 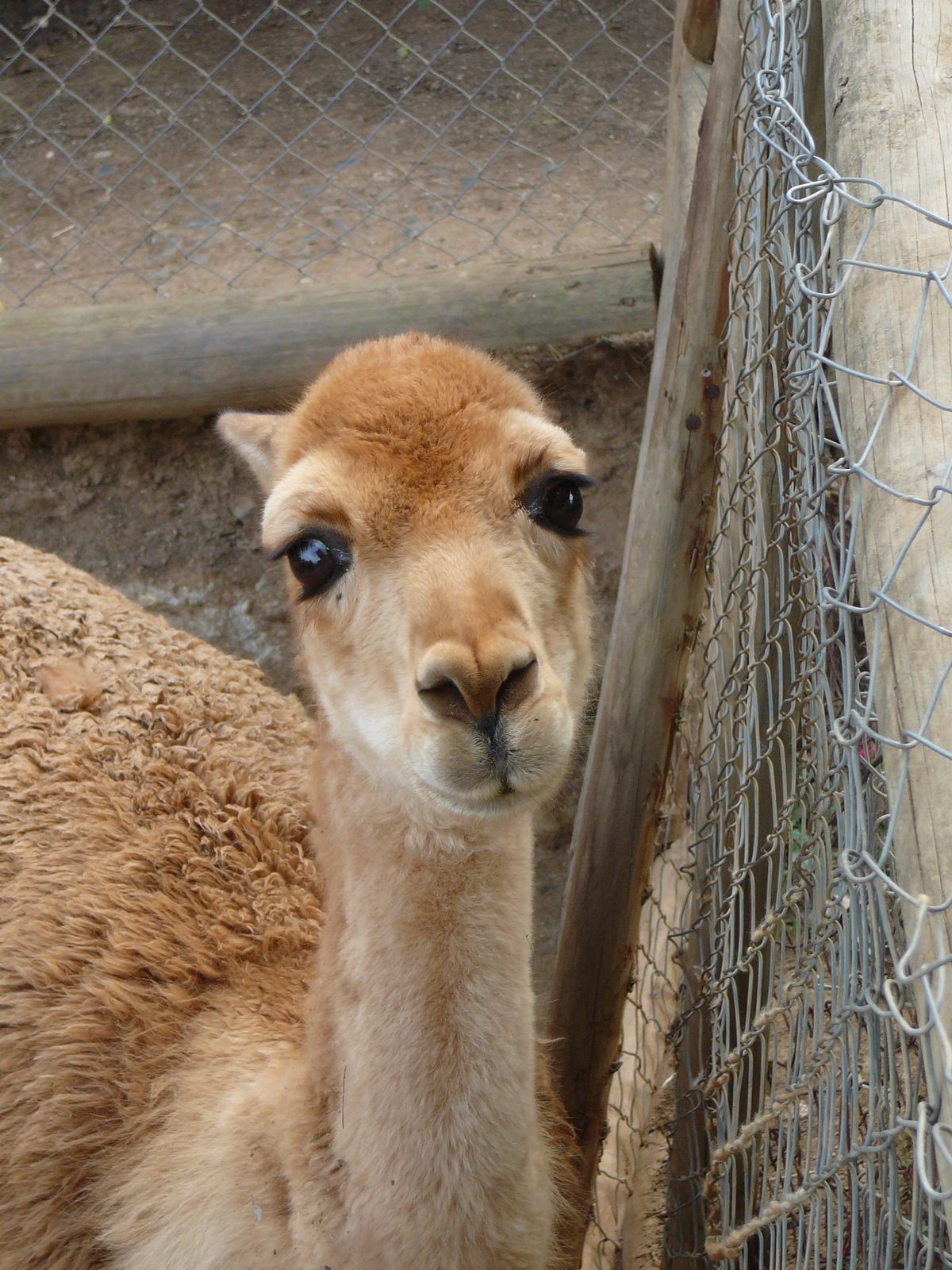 This sad looking llama is one of the animals that I saw a week ago in a tiny town about 20 minutes away called Quilpue. He looked so sad, probably because this was a flaite (sketchy) zoo with really poor conditions for the animals and too small of cages. Pobrecito… 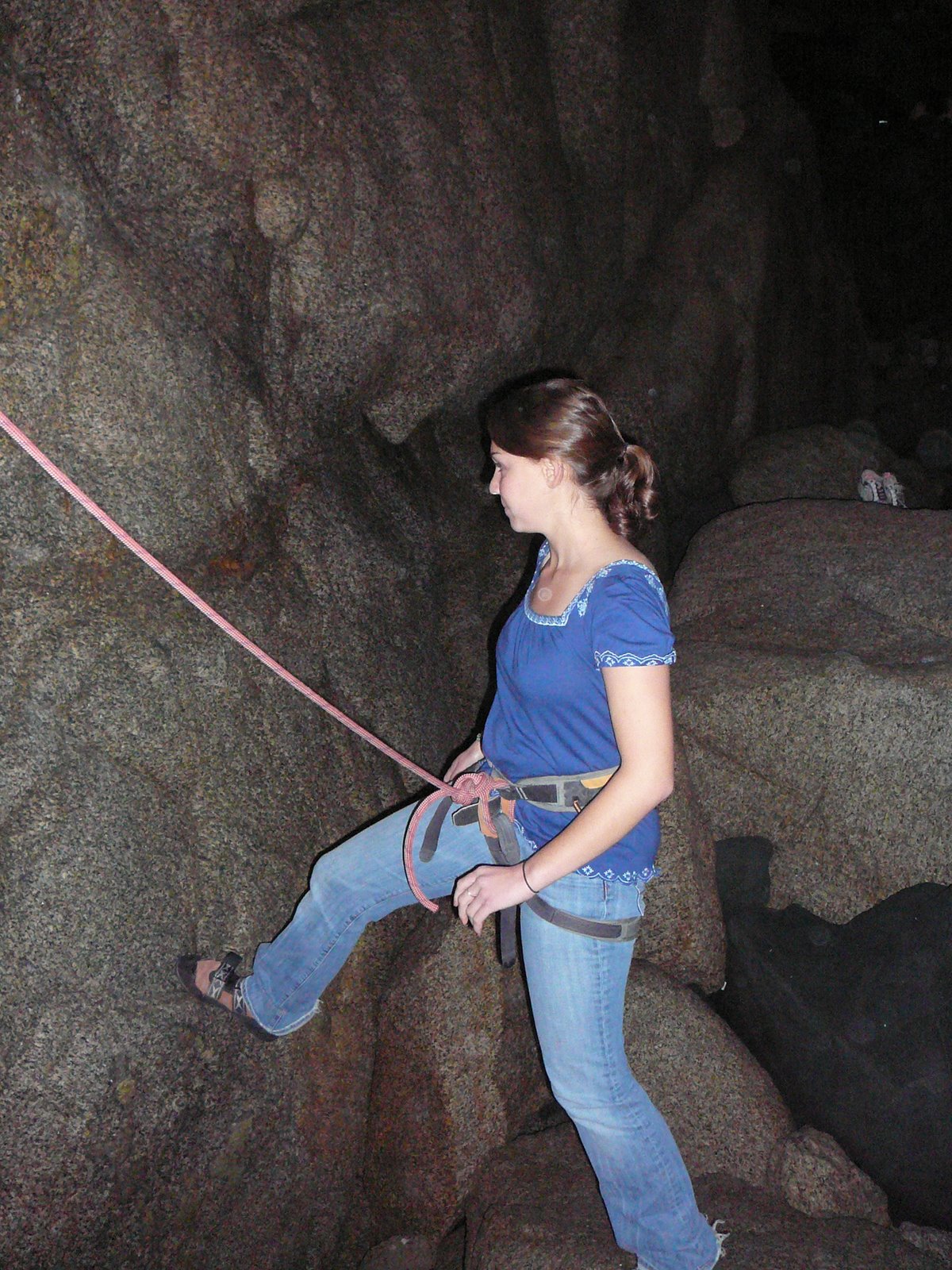 I have been getting together with a Chilean, Tomás, every Thursday for the last four or five weeks for “Intercambio de Idiomas”. The university sets you up with people to exchange your respective languages so we meet up and talk in Spanish and in English and share lots of cultural insights and in general, just have fun. Well, Tomás is a rock climber and last week he invited me and my friend, Kate, to go to the Isla Oceanica which is a cluster of rocks, shown here: 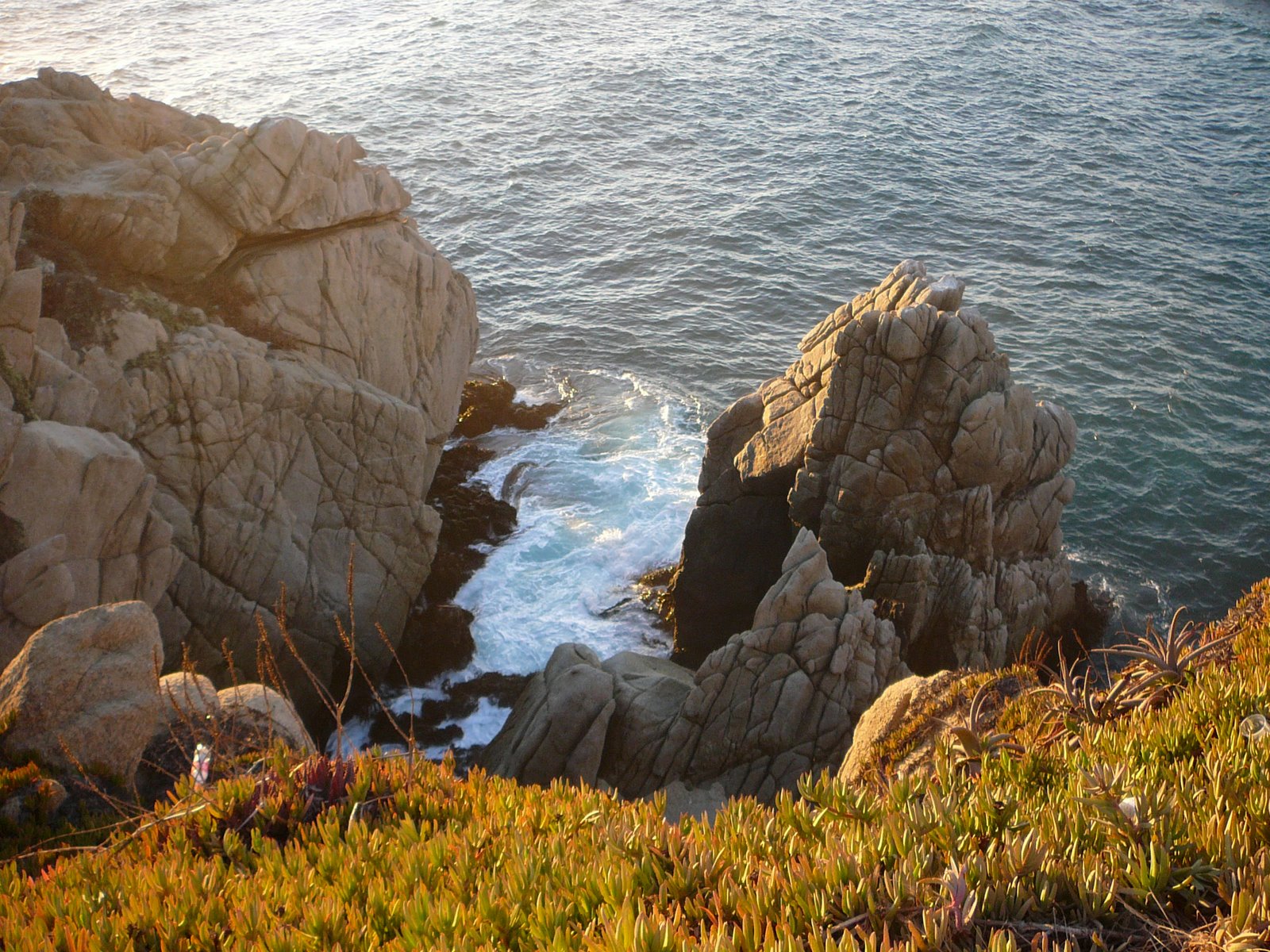 You can look out over the ocean and then if you climb down in between the rocks above, you’ll be where Kate is in the picture above this one. There are tons of climbers there and Tomás let us borrow his stuff to climb a small rock. It was by far, one of my favorite things I have done so far, very exhilarating even though I feel and now have a large cut on my elbow and a bruise the size of a softball on my leg that is now purple and green…kind of pretty, really. 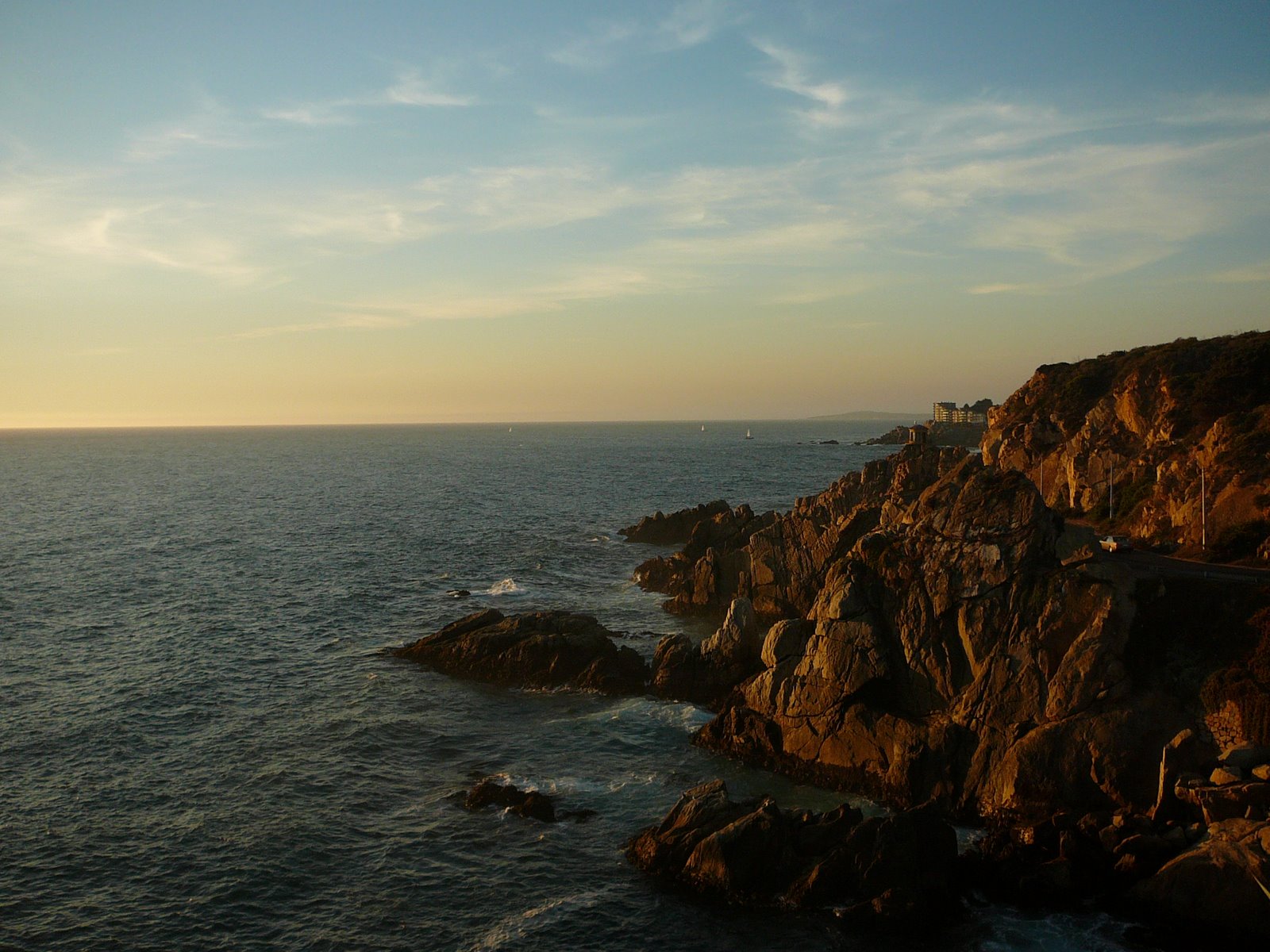 And here is the Isla Oceanica from another view point, and it is now my computer background. I’m constantly amazed by the beautiful views here and will definitely miss the ocean and the beach when I leave. Its truely breathtaking!
So, that’s my last couple of weeks in a nutshell, always exciting and always an adventure.
Besitos a todos!
e
May 25, 2009